Finding ALL the Yummy Treats during Disney Cruise Line's Pirates IN the Caribbean Party!

May 08 Posted by Carol-Beth Scott in Disney Cruise Line 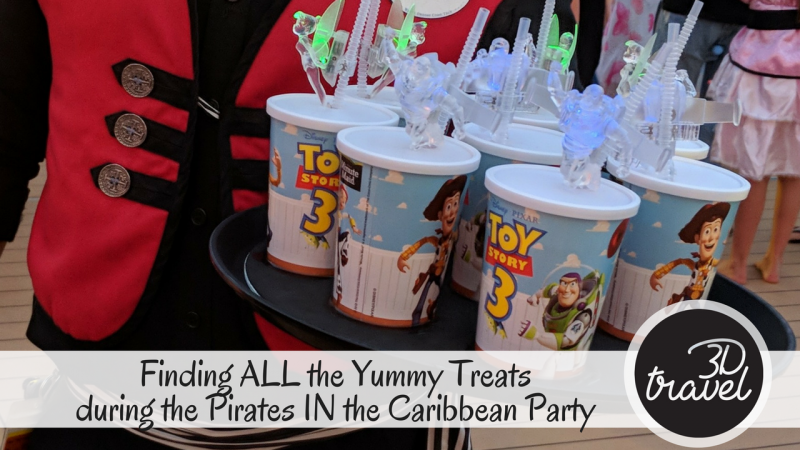 ​Everyone knows cruising is all about the food. And you'll be excited to know Pirate's night aboard a Disney Cruise has even MORE fun food opportunities than other nights on board the ship!

From special menu items on longer sailings to treats during & after the parties, if you don't plan ahead you will miss out on the fun food & that would be a tragic story at sea! 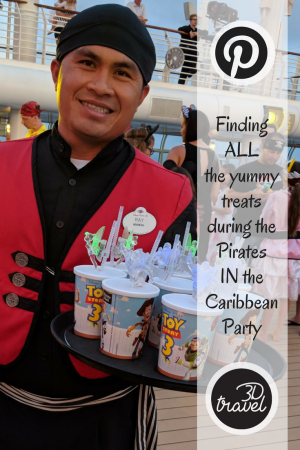 If you plan to eat & drink ALL the goodies aboard the ship on Pirate Night, that takes some planning ahead.

First of all, if you have littles and you're going to make it to the earlier party (and you SHOULD!) this is the one time aboard most cruises where you'll see kid drinks on the trays being offered (for a small fee), instead of adult drinks. For kiddos who see brightly colored, fun and frozen adult drinks on trays during their time on deck while being told "No. No. No" all the time, this is a big deal! Not only did you bring them up on deck to a party created just for them to enjoy with you, this is their turn to take part in the drinking fun! It's great to re-use those cups at the drink stations on deck (absolutely free) for the rest of your cruise, too!

And then there is the most important planning of all. HOW can you maximize your enjoyment of the late night Pirate's party buffet?

I'll be honest with you. I didn't even realize this buffet existed for multiple cruises. I MISSED IT! I'm still a little bitter. But now that I've found out about it, that buffet is a priority! I've enjoyed the buffet on longer and shorter cruises. If you do early dining (unlike me) you'll have no problem letting dinner settle during the evening's shows, participating in pirate games, and of course the later show with fireworks. But if you do enjoy late dining as a rule or you just couldn't get into early dining, you'll have to pace yourself.

Pacing your dining on a cruise is easier said than done. There is food everywhere! Room service is free and available 24 hours a day. You can walk up to get pizza, burgers, sandwiches, fruit, fries....so much goodness up on deck. Soft serve ice cream is nearly always open. Then you have nightly dinners with a waitstaff who gets to know you and brings your favorite drink before you even ask for it. They not only will take your order for appetizer, soup or salad, entree and dessert, they will bring you multiple of whatever you choose. In fact, we've found if we try to skip something they bring us something "to try" anyway.

So if you're in late dining, you MUST deprive yourself a bit. I skip dessert on pirate night, for sure - and eat small the rest of the time. It'll be only a short hour later and you'll be bellying up to the buffet of goodies. It's the only time you're likely to get this chance during your cruise and it's so much FUN!

And is it worth it? The menu? Many people love this as their single opportunity to feast on Disney turkey legs onboard the ship. Pile it on & eat until you explode. No one will judge you! It's a cruise. There are also nachos, tacos, baked potatoes and of course, dessert! Dessert, dessert, dessert and so much more dessert!

And if you're with your kids, it's even more special. Kids of every age remember late night moments the MOST. If you wake them up and take them for ice cream in their PJ's at home, they'll talk about it forever. We saw so many cuties in onesies and PJ's, eating ice cream and nachos and giggling the way a kid does when it's one of the *BEST* moments.

Sometimes there is a pirate menu at dinner & all over the ship - this will just happen without planning. And it's fun! And you'll have pirate bandanas show up in your room, along with golden chocolate coins - "Pirate's booty!' but none of that requires planning. Lit drinks for kids + enjoying the pirate buffet does take some planning, but OH is it worth it!

See you aboard ship!

Check out our entire series of posts to find out more about how to make the most of YOUR time during the Pirates IN the Caribbean Party! 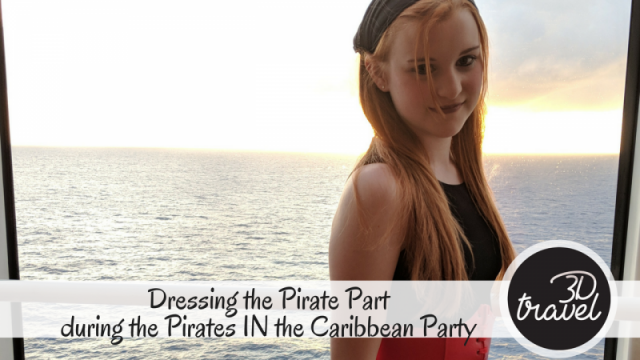 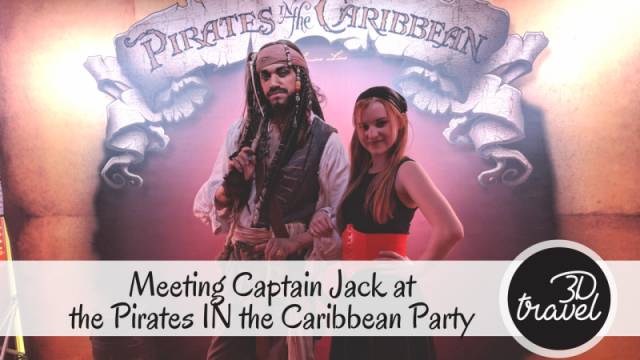 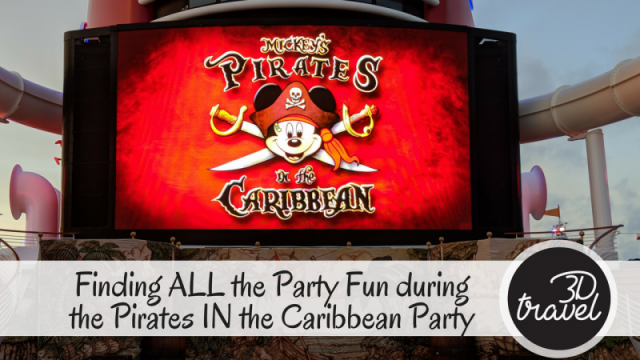 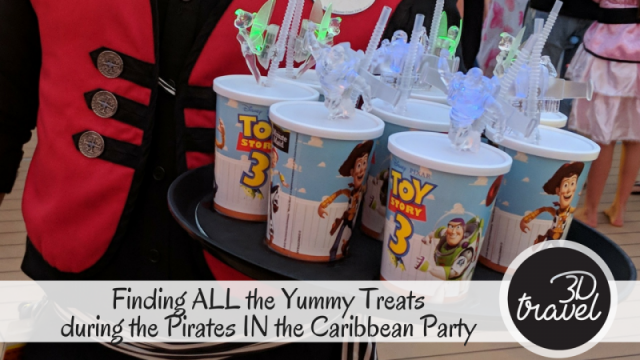