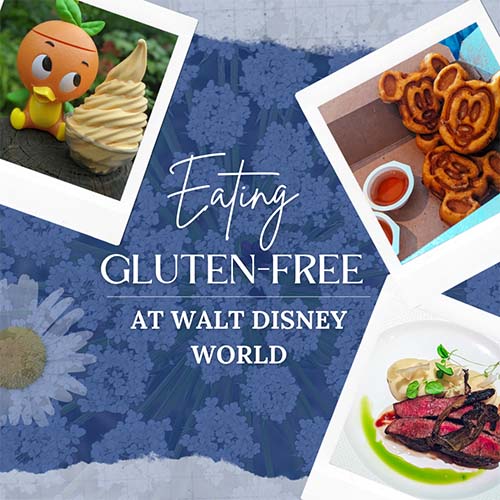 Growing up Disney, Joshua Scott experienced some turmoil as his foodie fate was disrupted at the age of eleven with a celiac diagnosis. He's gone on to be an even bigger Disney fan. He's guest-posting today to tell us why!

I was first diagnosed with Celiac Disease in 2009 when I was 11 years old. At that time, before the weird 2013 era where "gluten-free" became a trend, finding restaurants and even fast-food places that could feed us was pretty difficult. The most common issue was that no one knew what the heck we were talking about. We would often hear something like; "Gluten-free? Oh, you mean dairy-free right?" Or "Yes, everything is fried in the same oil and we toast bread on the grill." Most Celiacs have experienced the dismal state of eating plain grilled chicken and steamed vegetables while everyone else at the table enjoys steak, sandwiches, and pasta. However, I soon discovered that there was one place that was miles ahead of anywhere else when it came to gluten-free food; Walt Disney World.

My family and I had been going on annual Disney trips starting in 2004, so we were very familiar with the dining options in all of the parks and on the Disney ships. Disney is known for working with world-renowned chefs and bringing excellence at every level of dining they offer. Anyone with any palette can eat in a Disney park or ship and have their expectations exceeded. A lot of work has been put into making that statement true over the last couple of decades. When our world was turned upside down after a positive diagnosis, we were hoping for any improvement in our eating out experience. We couldn’t cook for ourselves in the parks, right? We knew someone would need to step up in a big way to truly keep the Disney standard, and they definitely did. 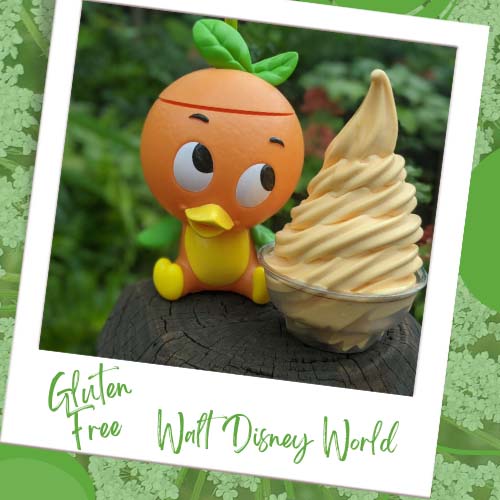 When you dine at a Disney park, there are a variety of ways Disney can go about filling your tummies. Value-level and some Moderate resorts have food courts with a rotational menu for breakfast, lunch, and dinner. Deluxe resorts offer quick-service locations with limited menus, and more expensive full-service restaurants like Chef Mickey’s and Ohana, which aren’t practical for a quick breakfast before the parks. Many different levels of dining are offered in the parks, including counter-service barbeque in Animal Kingdom, authentic casual dining locations representing many countries from around the world in Epcot, and the signature Hollywood Brown Derby steakhouse in Hollywood Studios just to name a few. It would truthfully take hours to go over the hundreds of cafes, food courts, and restaurants Disney has. If you are about to take your first trip to Disney with or as a Celiac, I have good news for you. You can eat real, quality food at every single one of them.

My first experience with Disney's gluten-free dining was at the food court in Pop Century Resort. We had just checked in with the front desk after a long day of travel, and we were hungry in the way only excited children can be. My family and I made our way through the noisy lobby full of families and couples and walked into the food court. Immediately we were surrounded by the sight and smell of many different foods. As I looked around I saw stands of candy and Mickey-shaped Rice Krispy treats, coolers full of fruits and yogurt, and several full counter-service stations. At each of the stations, they had a glowing menu overhead that would display different lunch options in a slideshow. Disney likes to keep things interesting and varied wherever you go, and Pop Century was no exception. They had burgers, hotdogs, pizza, pasta, sandwiches, salads, salmon, pot roasts, and more. As I stood there, I didn’t wonder what I would order, I wondered what I would be able to order. Grilled chicken sandwich with no bun? Maybe a salad with no croutons? I had learned to be ok with disappointing meals and not to get my hopes up for anything others would cook for me. As an adult with a daughter of my own, I look back and can imagine how my poor parents must have felt in that moment.

First thing’s first, we had to ask for the Chef. All food courts and restaurants at Disney will have their own chefs, and places like Value resorts will sometimes have multiple "head chefs". We met several Pop Century chefs during our stay, and each of them treated us with the same customer service level as anyone else wearing a Disney uniform; above and beyond. So what could I eat? In a world that had so few options, I was amazed to find out that I could eat almost anything they had. Gluten-free pasta, pizza, french fries, sandwich bread, burger buns, dressings, cookies, brownies, ice cream, salmon, soups, and the list went on and on. These weren't frozen Annie's brand pastas they microwaved for me either. Oh no, the chefs made the pasta and french fries themselves. They baked my pizzas and hamburger buns in separate ovens on specialty cookware. If I wanted salad dressing, they had it. If I wanted grilled salmon with Spanish rice, they would make it for me without excluding any seasoning or sauce. I found out right then that my Disney dining venture would be different than anything I had experienced since being diagnosed. My little world changed in an instant. 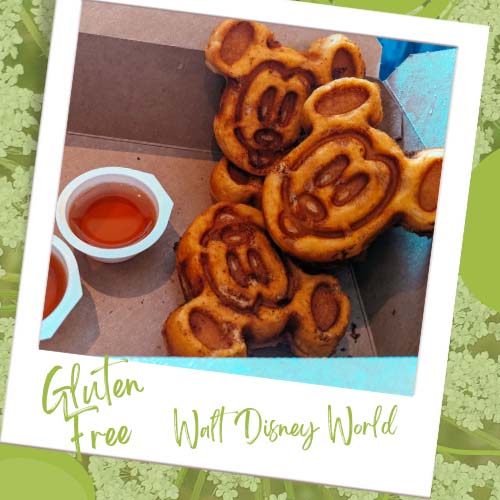 Now that I could eat whatever I wanted at my Disney "home", I excitedly went on to discover what the rest of my new world had to offer. In the parks, I learned that most places followed the same formula as our resort. I would ask for a chef or a gluten-free menu, (back then those were few and far between) and I would be told what they could make for me. Everywhere I went, I was able to eat 60-90% of the entrees and sides. Desserts were a little harder. Ice cream and brownies were the gluten-free standards at that time pretty much anywhere in the parks, so I often would skip dessert and use a snack credit on a bag of candy or dole-whip instead. The parks thoroughly exceeded our expectations and finding good food was never a struggle for us while we were there.

The absolute gold standard when it comes to gluten-free Disney dining, in my opinion, is the full-service restaurants and buffets. These often require reservations and offer a higher level of food and dining experience, but oh are they worth it. During the reservation process, you will actually be able to specify that someone in the party has a food allergy. When you arrive your server will get your drink orders, confirm who has an allergy and go get the chef for you themselves. The chef will greet you, typically in a large white chef hat, and either take those with allergies to the buffet line or break the menu down option by option. One of my favorite places is Boma in the Animal Kingdom Lodge, which has an African buffet and chef stations that wind hundreds of feet. The chefs at these places display their amazing skill and expertise as they take you down the line, and by memory, show you all of the gluten-free options. On any given day at Boma, 4 of the 6 soups are gluten-free, all of the meat at the carvings station is as well, so is all of the rice, all of the fish, 75% of the main African dishes I can’t pronounce the name of, and more food than anyone could eat in one sitting. At places like Boma, Celiacs can take food straight off the line like everyone else without having to alter it. On top of all that, if there is even a slight chance for cross-contamination or if there’s a pastry they can make, the chef will prepare it for you personally while you are at the buffet.

Disney rocked the gluten-free in America way before anyone else even knew what it was. So when it came to the food, it was no longer about what I could eat, it was about what I wanted to eat. I have always been an adventurous eater even before I was diagnosed. When I was on this first Disney trip I adopted the "I'll eat anything you put in front of me" mentality. I not only had choices, but I finally got to try new things as well. For several years the only way I was able to eat foods from other cultures was at Disney World. Who would have guessed that? If I wanted authentic Mexican, Italian, Middle-eastern, African, etc. I got it from the parks and the ships. Eventually, the rest of the world more or less caught up, but there's still nothing like that feeling of having a chef greet you by name and escort you around the restaurant like royalty. I would recommend fine Disney Dining to all those who are, or traveling with someone who is, gluten-free.