Virgin Voyages - How Are They Different? 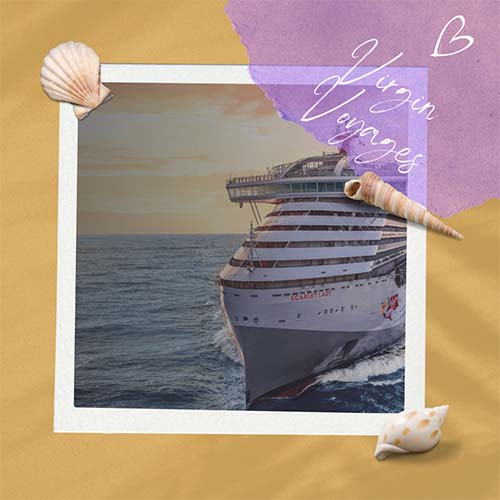 Virgin Voyages challenge cruisers to think differently and experience life at sea differently. But how?

When Virgin Voyages was first announced, I was confused. From the risque business card our representative handed me, to the edgy advertising they used to draw in their first bookings, I felt like this wasn’t going to be the cruise line for me - the cruise line that didn’t want to be called a cruise line - until I boarded the ship and found out nearly everything I thought was wrong. (Nearly everything, but not ALL the things.)

I type this aboard The Scarlet Lady, Virgin’s first ship. It’s my first cruise with them, but it likely won’t be my last. And it is definitely a cruise line, Richard Branson, but it’s unlike any I’ve ever been on. It’s a little bit of what I thought it would be, but also much more and in some ways, much better than I expected.

Usually, I’m not excited about adults-only venues, as it seems to give people permission to revisit the worst parts of their youth - drinking too much, saying too much, just being too much. And of course, there was a little of this aboard the ship. But, honestly, there was less of it than I’ve seen on other ships, at resort, and on cruises where there are children. Somehow in the pockets and corners of adult-only areas, people squeeze more desperate moments of partying into the night almost like it’s an emergency, and there is no way to stay without feeling assaulted by the noise and risque behavior.

But on Virgin, all the areas are adults-only, which means you can always find a space to enjoy, no matter what you love to do to relax. From food to entertainment, passive relaxation to yes, a little bit of edginess, there is something for everyone.

Something that stood out to me this cruise as someone who is sensitive to cursing and nudity/graphic sex and who can’t help but hear and understand the lyrics of songs, it was the one thing I had a tough time getting away from. As the day stretched into the night and especially during the late-night events, I began to joke with my husband, David that that was their one qualifying factor for music choices - cursing and graphic sex references. David never hears the lyrics to any song, but once I called his attention to it, he thought it was amazing how much of it was there, but then he quickly tuned back out. I wish I had that gift!

As a consumer, I love how the gratuity, all of the dining, entertainment, and even good internet are included in the price. There is no other line where all of this is true. I enjoyed the Beach Club at Bimini, some of the shows (more on that soon), and the fun stuff to do around every corner. From the free-play retro arcade to the enthusiastic entertainment crew, to the varied and happy-to-be-here clientele aboard the ship, I was never without something to do. We loved the focus on fitness. It’s super fun to try the classes you always wanted to but weren’t necessarily sure about and they are included, too! And there are multiple places on deck you can exercise with a twist, even a boxing ring!

Right now, the pricing is phenomenal and the ships are very empty. I know a couple of years from now we’ll lament the passing of the empty ships, but I also ache for the bustle of all the people, simply because it will support the travel industry and the people who work in it, and even their families back home. But one thing I will say about Virgin Voyages, even with the bustle there will be plenty of places to sit, to enjoy your companions, even to lay on cushy "beds" all over the ship. And don’t worry, there was nothing naughty going on. They might hint and joke about sex, talk about it and celebrate it, but no one is actually DOING it. At least not outside of their rooms!