What if I get sick on a Disney Cruise? 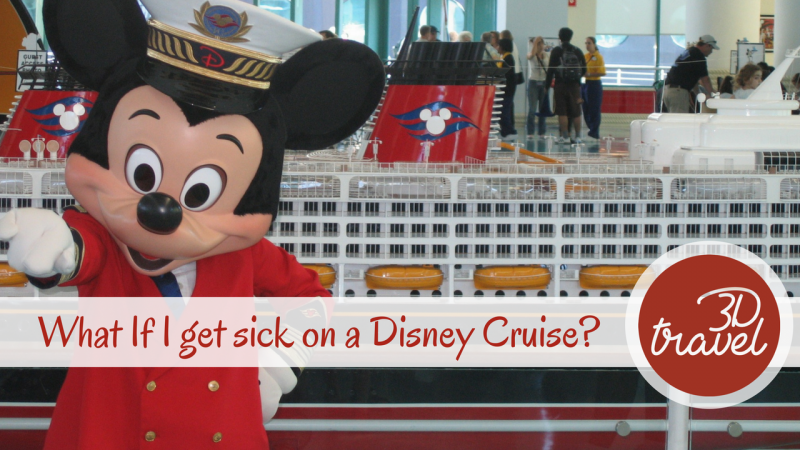 ​What if the worst happens and you're sick during your cruise?  Here's our story! 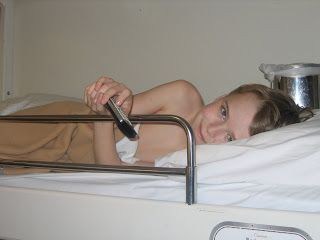 Joshua kept smiling, as much as he could!

I wrote this article in 2010 & it's one of my most requested. If you have a more recent experience, email and let me know at .

​This is the question we had to ask ourselves on our most recent cruise. I'd done some research prior to sailing because that's what I do since I own a travel agency. I never imagined I'd need it for myself, though!

There is a lot of information here, so while I apologize for the length of this blog I knew it would be good to have all information in one place. I'll tell it through the eyes of our family so you can learn as we did.

Day one: We boarded the Disney Wonder with our family of 5 and with our friends, the Whiteners and their family of 3. Everyone was well, as far as we knew! In fact, we'd spent the evening before with the Pruitts at Downtown Disney and swimming in our pool at Country Inn & Suites with nary a sign of a problem. After the Whiteners surprised us by upgrading our stateroom (this saved us!) and the kids had an afternoon swim, we all enjoyed the Golden Mickeys and went to Animator's Palate for dinner. Joshua had cried during the Sail Away party - another sign that things were amiss as he's 10 and that's really unusual - but we chalked it up to the excitement of the trip.

Symptom 2) occurred during our time in our stateroom that evening. Joshua began to show all signs of a nasty cold and cough.

Day two: Joshua was down with an apparently nasty cold. If he had a fever, it was mild. This was Nassau day and we'd already planned to stay aboard the ship. We didn't have to impose any limitations on Joshua because he chose not to eat and to rest all day. He worked his way through every movie that runs on the television. As the day wore on we began to discuss what to do about his illness.

You see, I knew from my research this one fact: If you get treated by the medical team onboard they are likely to put you into a 48 hour mandatory stateroom arrest! Okay, it's really a "quarantine" but it works the same. We wanted to see if he would get better. See, my boy didn't look too bad at this point! This is the upper bunk in our stateroom.

That evening, symptom 3) the vomiting and diarrhea began. We still held out hope. We also began covert action. We worked through the towels and changed sheets on two beds on our own. I cleaned the mattresses myself. We wanted to give him time to recover for the rest of the cruise. I also discussed our options with our stateroom attendant. She was so sweet! She didn't want to see us miss our entire cruise, either! We called in the middle of the night for fresh linens and towels and we'd bundled up everything for them to carry out. I expected them to send us down to be checked then, but they didn't. I think the night crew didn't realize what was going on - we had 3 kids in our room that could have had a normal nighttime accident - and we didn't volunteer.

Day three: After a rough night (he cried in bed from being sick, but he didn't throw up after he finally went to sleep) David got up to take Hannah and Noah to the beach at Castaway Cay. I watched off the Veranda where I could see departures for excursions and most of the island. I told you the Veranda saved us! We were all hoping that his illness was the 24 hour kind. As soon as Joshua was awake the vomiting and diarrhea kicked in again with a vengeance. I felt his head and symptom 4) it was so hot! I had just sat down and explained to Joshua, as he was waking up, the different options we were considering and what they would mean to his cruise experience. He said he wanted to think about it, then I felt his head and he ran to the bathroom. That's when mommy knew it was time to go down to the Dr.

As Joshua came out I told him and he just nodded and laid down. He was so sick. I called down to the infirmary. They told me the doctor was about to go ashore so we needed to hurry down. I looked at my boy and knew I couldn't carry him all that way. He told me he could walk and we brought the ice bucket with us for emergencies. To get to the doctor on a Disney cruise ship, you take the elevator down to deck one and follow the signs. You'll pass staterooms and that's it until you see a door that tells you you're in the right place. You sign in, just like at the Doctor's office, then they hand you the regular papers PLUS some interesting ones you have to fill out when this happens at sea. I had to write down everything that Joshua had eaten and everywhere we had been for the last 4 days. The first meal I had to write down was in McKinney, TX. I was supposed to remember everywhere we stopped and everything he ate along the way. It was insane! I did the best I could but I felt bad when I had to ask my nauseous son what he ate at the Mellow Mushroom two nights before.

While I was halfway through they took us back to a sterile and boring room. There is no magic to being sick, even at Disney. When they took Joshua's temperature it was 103 - and this was after his Motrin should have kicked in. Suffice to say, he was sick enough to be under quarantine.

This was the sheet they gave us. We found out that number one was completely inaccurate. The counselors didn't know what they were talking about. Guest Services made a swift and steady attempt to secure some toys and managed to turn up a game and a deck of cards, which was quite thoughtful, but not exactly the toys our kids wanted. We'll learn from this and bring a bag of 'just in case' toys in the future. We live on Legos.

Within hours we had a TV/DVD set up in our room and we were able to order new DVD's to watch at anytime. We could order anything from room service - not just the standard menu. We also received soft drinks for free, which helped David when he was on duty. This did mean our tips for room service were a lot higher than when we went last year. As is always the case with kiddos, as soon as we went to the doctor, Joshua began to recover rapidly. They did give him Phenergan and something to control diarrhea, so I'm sure that helped. There is a reason to take a sick person down to the doctor on the ship because they will help!

What this meant for us is that by that nights' Pirates In the Caribbean Party we were ready to enjoy the cruise as a family, but we weren't allowed to. The veranda saved us for a second time as we watched the fireworks from above.

Day four: I'd used our Navigator to plan our day of sneakiness. We wrapped Joshua in a Scott sandwich of four to see Bedtime Stories and Bolt in 3D. We followed that with sneaking him up the back way to sit out on the deck - by no one - so he could be outside for a bit. We brought him food but he stayed away from everyone. We also tried to bring him to dinner, but we were turned away at the door and had to return to our stateroom. They keep records and we weren't allowed into the dining rooms until our breakfast on the last morning of the cruise.

You read that correctly - except for sneaking in a couple of shows, Joshua missed the cruise. We definitely understand this is how it has to be, but it was still pretty rough. We'll just have to make up for it later!

Day five: We had breakfast and disembarked. We're just going to have to do this again sometime.

Follow Up - this was just one of many occasions where our Joshua was the only one of the 5 of us to fall ill.  We know now his immune system was constantly compromised with Celiac disease, but at that time we didn't know. He eats gluten free now and he is so much better than he used to be!  And you'll be happy to know, he's cruised healthy and happy for many cruises since then! 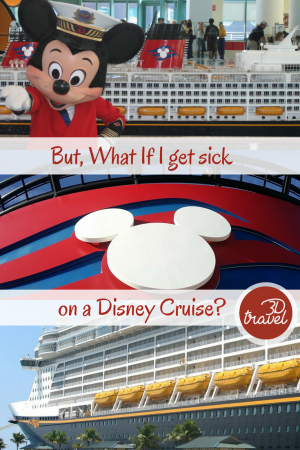